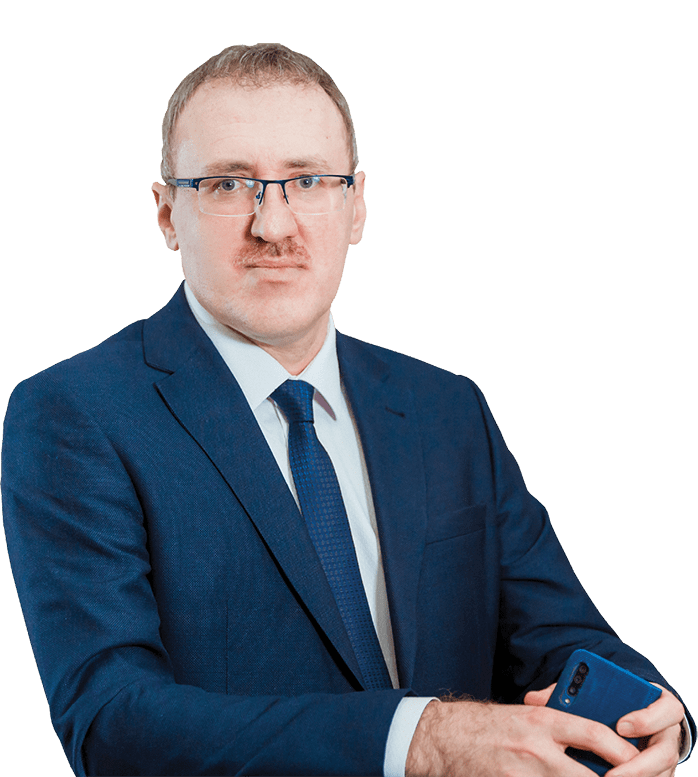 In 2020, when Russia and the world community faced a global challenge – the coronavirus pandemic; companies in all sectors of the economy were forced to adjust their business plans in the shortest possible time. This notwithstanding, Rosseti Kuban still stuck to the main principles of external communications, which were openness and social responsibility. The Company had still been shifting towards the public use of Rosseti Kuban brand, which was secured by the legal change of the name of Kubanenergo PJSC to Rosseti Kuban PJSC on August 10, 2020. The major production highlights of the Company for the reporting period included the commissioning of the first digital substation in Krasnodar– 110 kV Angarskaya substation under the “Digital Transformation 2030” concept of Rosseti’s Group of Companies, the successful completion of the 2019/2020 autumn-winter period, the run-up for the next heating season, the large-scale reconstruction of power facilities of the regional capital – Krasnodar, work amid quarantine and high-alert regime due to the spread of a new coronavirus infection. Our main news topics traditionally embrace investment to the development of the regional power grid system, the renovation campaign and the improvement of power supply quality, grid connection accessibility, customer-oriented policies, interactions with small and medium-sized businesses, as well as the prevention of electric injuries to third parties at the power grid facilities in the Krasnodar Territory and the Republic of Adygea, in particular to children and teenagers. A number of the Company’s social-oriented communication programs have been awarded at regional PR competitions.”
Head of Public Relations Department Vladimir Sadym

The Information Policy of Rosseti Kuban is aimed at the complete satisfaction of shareholders, investment community, client, contractor, relevant market regulators, public authorities, employees and other interested parties seeking complete, relevant and accurate information about the Company and its activities, as well as the free and unhindered access to such information.

The Company keeps high standards of corporate social responsibility and supports on-going communication with target audiences to improve its business reputation and increase the fair value of the business.

Since 2006, the Company has been using the Regulations on the Information describing the goals, objectives, principles, means, methods, procedures, and terms of information disclosure and the list of data disclosed.

Apart from the data subject to obligatory disclosure, the Company publishes detailed information on its operations, securities, and shareholders, as well as its executive and control bodies, significant transactions, and subsidiaries and affiliates.

The disclosure of the information about the Company operations is mostly done through publishing the data on the corporate web-site, in the news feed of the authorized information agency (Interfax), in printed and electronic media, as well as via meetings, interviews, and briefings with the Company’s shareholders and other stakeholders, etc.

The Information Policy is enforced by General Director of the Company.

The annual reports of the Company for 2015, 2016, 2018, 2019 were shortlisted by relevant annual report competitions held by Moscow Exchange and the RCB media group in the category of the Best Annual Report of a Company with under RUB 40 bn Capitalization.

The key goal of Rosseti Kuban in communications with public authorities and the public relations is to build integrated information channels with target audiences and pursue the uniform communication policy of Rosseti’s Group of Companies.

In the reporting years, Rosseti Kuban kept a high profile in the region and offered for wide media support for the working meetings of the Company’s management with the representatives of federal, regional, and municipal executive bodies, covering the events involving the Ministry of Energy of Russia, Rosseti, the authorities of the Krasnodar Territory and the Republic of Adygea:

In 2020, the Company continued implementing several target communication programs to promote the image of a socially responsible company.

In the reporting year, about 120 secondary educational institutions of the Krasnodar Territory and the Republic of Adygea were covered by measures under the comprehensive program to reduce the risks of injuries to personnel and third parties at the facilities of the power grid complex of Rosseti Kuban. Over 300 electric safety lectures and lessons were held, including in online format, involving about 7 thousand local students.

To mark the 100th anniversary of the GOELRO Plan, the Company pursed the “100 years of GOELRO” project during 2020 to present the history of the formation and development of electrification in the Kuban. More than 30 thematic posts with a total coverage of more than 60 thousand people were published on the official pages in the corporate social networks.

The celebration of the 75th anniversary of the Victory involved the creation of the “Virtual Immortal Regiment of Rosseti Kuban” project, which was posted on the official website of the Company and covered over 60 employees of the Company, who told about the heroic deeds of their fathers, grandfathers and great-grandfathers – participants of the Great Patriotic War. The project was broadcast through the corporate official pages in social networks under the “Energy of the Victory” heading.

In order to involve the children and youth audience of the Krasnodar Territory and the Republic of Adygea in the issues of electrical safety and career guidance, a “My Helmet” corporate contest was held on the official page of the Company on the Instagram, enlisting more than 120 local children and teenagers. Photos of young power engineers gathered more than 3.5 thousand likes and 6 thousand comments.

In August 2020, the Orlyonok All-Russian Children’s Center hosted the energy project session of PJSC Rosseti. The educational project envisages that young men and women took part in an online tour of the 220 kV Port substation. During the tour, the young power engineers learned about the major innovations and equipment of the substation, discussed issues of electrical safety at power facilities.

Also in August, specialists of the branch of Rosseti Kuban – Power Grids of Sochi – with the participation of the puppet theater “Golden Key” conducted electrical safety classes in an online format for students of Sochi.

In September, Rosseti Kuban conducted an online tour around the 220 kV Port substation for participants of the School of Young Power Engineers in the Smena All-Russian Children’s Center. The children learned about the substation structure, the work of the dispatcher, as well as about the safety rules at the power facility.

In March-April 2020, the Company joined the action #ОставайтесьДома (Stay at home) – we work for you. Dozens of posts and videos were posted on social networks, on the official pages of the Society and its branches, calling for compliance with measures to prevent the new coronavirus infection (COVID-19).

To promote brand recognition, positive reputation, and image of Rosseti Kuban, and expand the audience of its media influence, the Company undertook close interactions with the leading regional and industrial media of the Krasnodar Territory and the Republic of Adygea in 2020.

Public media events held together with the Company management were aimed at the formation of its positive overall image, the improvement of its business reputation, and the increase of the publicity capital within the market value structure of the Company.

According to the SCAN-Interfax monitoring system in 2020, the total mentioning of Rosseti Kuban in the media (the number of publications using the Company’s name) was 20,820 messages in print, electronic media, radio and television, and 10,295 messages in social networks.

During the reporting period, 773 news items were posted on the corporate website of the Company. Besides, some information was published on the official pages of the Company in social media and blogs.

The printed media of Krasnodar territory and the Republic of Adygea published over 250 messages concerning the Company’s activities.

The bulk of reports about the Company’s activities falls on the Internet media, and the share of central news agencies is quite high.

Over 70% of the messages concerning the activities of Rosseti Kuban initiated by the Company’s PR Departments were positive, and 28% – neutral.

The most significant events of the Company represented in federal and regional media include the following:

In 2020, the Company continues with regular posting and further refines Rosseti Kuban’s website. The Company undertook the technical upgrade of the website to comply with the standards for proper obligatory and voluntary disclosure of information in a timely manner to maintain the best level of transparency.

In the reporting period, the Company was working on preventing unauthorized electricity consumption and electrical equipment theft via publishing pieces on the official website of the company and regional media, broadcasting messages on TV channels and radio stations, as well as in social media and blogs.

The Press Service of Rosseti Kuban was recognized as the best one on a regional level by the results of the regional stage of the Sixth All-Russian Media Competition, the Press Services of FECs and the regional administrations of MediaTEK-2020. The PR team of the energy company also won the “Popularization of the Fuel and Energy Sector Occupations” nomination and took the second prize in the “Safe Energy” nomination.

Amid the lockdown conditions imposed due to the spread of the COVID-19 coronavirus infection in 2020, almost all congress and exhibition events were canceled or conducted in online mode.

In the period from September 28 to October 3, 2020, Sergey Sergeev, General Director of Rosseti Kuban, took part, as a member of the delegation of Rosseti’s Group of Companies, in the VI-th business program of the International Forum “Microelectronics 2020” in Yalta, discussing the promotion of the integration of Russian manufacturers in accelerated digital development projects.

The largest congress and exhibition events – the Russian Investment Forum, the St. Petersburg International Economic Forum, the “Power Grids” international forum and others were postponed to a later date.

Transition to a Single Brand Architecture

In 2020, Rosseti Kuban continued its transition to a single brand architecture within Rosseti’s Group of Companies.

The decision of the Board of Directors of Rosseti on April 29, 2019 stipulates a phased replacement of corporate branded elements as their depreciation period ends, remaining within the existing budgets and within the framework of approved business plans of the companies. In the reporting year, the Company used the new name – Rosseti Kuban in corporate and marketing communications, as well as on all corporate identity media, containing the Rosseti trademark and a regional or functional reference.

One of the stages of the rebranding was the official change of the legal name of Kubanenergo PJSC to Rosseti Kuban PJSC on August 10, 2020.